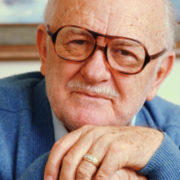 Belchetz: ‘Family members acting as powers of attorney often ask me, “how will I live with myself if I tell you to do nothing?” ’ CPR comes with serious risks, but patients are leery of choosing a natural death because of the way the medical profession handles end-of-life care

The 83-year-old man lay in front of me. Weak and pale, his blood pressure dropping, he was barely strong enough to lift his head off of his stretcher to speak to me. The patient — let’s call him Paul — had been brought to my emergency room by his family after several days of heavy gastrointestinal bleeding.

Paul had suffered from a heart attack two years prior, and I worried greatly about the strain his ongoing blood loss was causing his system. Talking to him and his family, I urgently outlined his treatment plan, finally asking the question I pose to every elderly or chronically ill patient: “Should your heart stop beating while under my care, would you like us to attempt CPR (cardiopulmonary resuscitation)?”

It is a question most physicians dread asking, as no matter how the issue is raised, patients and family members react at first with shock, aghast that this is even a question at all. Swayed by Hollywood’s depiction of cardiac arrests, where 75% of fictional resuscitation attempts are successful and uncomplicated, the initial answer for most patients as to whether to attempt CPR if their heart stops beating in a hospital is an automatic “yes.”

Unfortunately, in the real world, the statistics are far more grim, and the decision far more difficult. CPR performed on patients who are already in hospital carries a survival rate of approximately 15%, while CPR performed in nursing homes achieves only a 2% survival rate. Survival rates among those with serious illnesses such as cancer (6.7%) and dialysis (2%) are dismal.

Even worse, one study found that among CPR survivors, only 51% were able to be discharged, while the rest required permanent nursing home or hospice care. At the same time, over 50% of CPR survivors exhibit at least some degree of brain damage.

Unlike what is depicted in movies, the truth is that CPR is a brutal event. In my experience, chest compressions often break ribs, sometimes puncture lungs and occasionally even rupture abdominal organs. Those who survive CPR frequently spend lengthy periods of time in intensive care units (ICUs).

Due to these stark outcomes, physicians are obligated, when treating patients whose CPR outcomes are the most bleak, to clarify whether resuscitation in hospital is indeed what these patient and their loved ones want. I make it clear in these discussions that CPR is likely to fail, likely to be painful while it is being performed and, if successful, will carry a 50% chance of lifelong institutionalization and/or brain damage.

I ask patients what their goals and fears are for end of life: Do they wish for more days above all else, or do they fear pain and suffering and the risk of a prolonged loss of independence the most? When it is explained this way, a significant number of patients who initially prefer CPR, change their minds. For Paul, this was definitely the case.

Regrettably, however, the standard in health care throughout the world is to require patients or decision makers to sign what is called a “do not resuscitate” or DNR form, once this decision has been made. It is at this point that end-of-life discussions often become confused, complicated by feelings of remorse and guilt.

Family members acting as powers of attorney often ask me, “how will I live with myself if I tell you to do nothing?” Similarly, patients struggle with the negativity inherent in the DNR statement. One cancer patient I treated recently stated, “I don’t want to end up in an ICU, but I feel like I’m giving up when you use a term like DNR.”

To avoid such uncomfortable discussions, some physicians skip DNR consultations altogether. A 2012 study found that only 20% of elderly patients had actually created a document with their physician to record their CPR wishes.

In order to deal with the fact that most elderly and severely ill patients opt out of receiving CPR once the risks are explained to them, but are leery about signing DNR forms, we need to change our vocabulary. Instead of asking patients who say no to CPR to sign a form telling us not to care for them, physicians should be asking them to affirm their preference for a natural, dignified passing. Simply put, I believe the term DNR needs to go away, to be replaced with the term AND – Allow Natural Death.

Thus, I recently stopped using the words “do not resuscitate” in all such discussions. For legal purposes, I retain the term on forms, but underneath, I write AND, and ask patients to focus instead on those three letters when they consider what they are requesting.

In my admittedly unscientific sample with AND, my discussions with these patients have transformed from what was a morose part of my job, into something inspiring. I no longer witness the terrible guilt among family members that I so frequently saw when the choice to avoid CPR was defined solely by the term DNR.

Thankfully, Paul never did suffer a cardiac arrest that day. He responded well to treatment, and later he told me that the term AND optimistically captured his wish for dignity in death, while DNR made him feel like we saw him as unworthy of care. It is a sentiment that I can only hope the rest of my profession will hear and respond to, and that one day soon, all of us in the medical profession will collectively choose to do away with the words “do not resuscitate.”

We devote ourselves to instructing and building up one another by recognizing and celebrating excellence, effort and success
Seniors Advocate – The Journey Begins