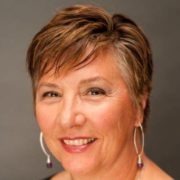 The BCCPA is pleased to announce that Karen Baillie, Menno Place CEO, has been elected as our new Vice-President. Baillie is now slated to become the next President of the BCCPA. The next AGM will be held in conjunction with our Annual Conference being held in Whistler on May 29-31.

“It’s great to have someone with Karen’s experience and background take over as our new vice-president,” says Elaine Price, President of the BCCPA. “Under her leadership our organization is poised to build even further on the incredible momentum we have generated over the last few years.”

Baillie is the Chief Executive Officer of Menno Place, a campus of care operated by the Mennonite Benevolent Society in Abbotsford, British Columbia since 1953. Menno Place serves more than 700 seniors with a staff of 600. Karen has more than 35 years experience in geriatric care including executive and senior management positions in administration, staffing, resident services and nursing.

Prior to joining Menno Place, Karen served as the Executive Director of Laurel Place in Surrey and at Vancouver’s first campus of care, Haro Park Centre. She also participated in opening St. Vincent’s Langara in 1991 for Providence Health Care. Karen began her leadership in the residential care sector in a 30 year-old family-owned business which operated three small care homes.

“This is an incredible honour for me to be in a position to lead an organization I feel so passionately about,” says Baillie. “The BCCPA has a proven track record of being an extremely positive influence and catalyst in helping to shape the future direction of BC’s continuing care sector.”

Baillie has worked extensively with non-profit Boards and with private ownership facilities. Her association with the BC Care Providers began in 1980 when it was organized as Pri-Care. She is currently the vice-president for the Board of SafeCare BC. She is also the recipient of the 2015 Chapter Award for Distinguished Service for the Canadian College of Health Leaders, BC Lower Mainland Chapter. In 2011, Karen was awarded the prestigious Surrey Women in Business Award in the Professional Category.

As Vice-President, Baillie automatically assumes the role as Chair of the Governance Committee. The Committee is tasked with the responsibility of recruiting new board directors for the BCCPA.

“We are always on the lookout for members who are interested and willing to contribute back to the sector by volunteering on our board,” says Baillie. “Anyone interested in joining the BCCPA Board next year should reach out to us as soon as possible.” 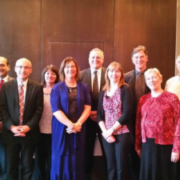 Karen Baillie, CEO of Menno Place was elected to the SafeCare BC board to serve in the position of Vice Chair. SafeCare BC was established in 2013 as an industry funded, non-profit society that works to ensure injury free, safe working conditions for long term care (LTC) workers in BC. SafeCare strives to be the industry leader in advancing injury prevention and safety training for LTC workers. 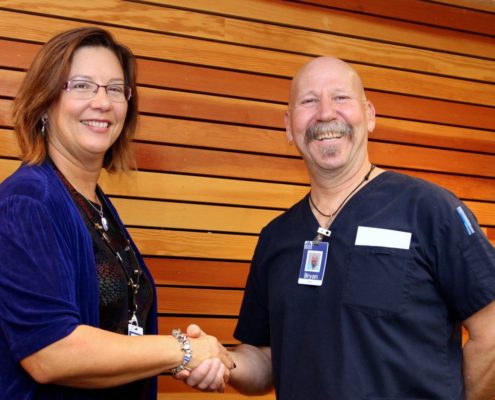 Each person’s caregiving journey is unique, but there is always a common thread: the willingness, patience and dedication that surrounds their commitment to care.

Bryan is a professional caregiver who provides skilled care and compassion at the Menno Home in the East 1 Lounge and Chalet. He is dedicated, committed and seemingly tireless in his efforts to provide the essential physical and emotional care for the residents who suffer from dementia.

Bryan’s reluctance to be publicly acknowledged stems from his deep belief that professional caregivers work best in teams. He knows that whatever he does in caring for the residents is done in conjunction with team members who are skillfully managing and caring for other residents in the same unit. Bryan

Bryan was presented his recognition award by Canada Cares in Banff, Alberta on November 4th. He was given a complimentary registration by Canada Cares to the Canadian Home Care Summit, “Reaching New Heights” as an expression of appreciation for his services in caring for residents. With over 80 presentations on priority topics ranging from client and family centered care to integrated care, Bryan was in his “happy place” – learning and learning and learning.

Menno Place is proud of the excellent care our caregivers provide for our residents. We are actively seeking out ways to recognize our staff for their compassion and skills.

If you are aware of an opportunity to nominate a caregiver, or would like to suggest a caregiver for future nomination, please drop a line to us and we’ll continue to nominate our care staff for awards that showcase quality, safety, excellence and compassion.