One of her sons, Gerald, came from Vancouver Island with his wife to celebrate with her and her friends at Menno Hospital.

Riza was born in Newfoundland, the eldest of 13 siblings.  Marina, one of her siblings, flew down from Newfoundland to also celebrate Riza’s birthday with her.

When Riza was younger she wanted to be a nurse, but couldn’t start until she was 21, because that was the nursing requirement at the time.  Therefore she became a teacher at the age of 18.

At 21 she moved to Nova Scotia and fulfilled her destiny and became a nurse.  She met and married Warren Brownridge, who was a sailor, chief to the officer.  They had 3 sons: Warrren, Phillip and Gerald.

Friends, family, staff and residents joined in the party which included and entertainer, Barrie Randle, who the family hired for the party.  He played many songs Riza liked, including some Newfoundlander jigs and she even got up and danced a couple of times! 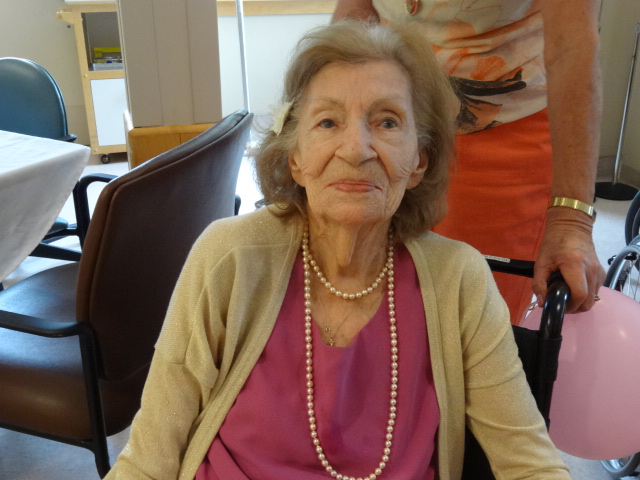 We devote ourselves to instructing and building up one another by recognizing and celebrating excellence, effort and success
July Events – Highlights for the Month